Do you know about the Sustainable Development Goals (SDGs) launched by the United Nations (UN)? According to Focus 2030 polls, 83% of French people do not know about the SDGs, or have heard of the SDGs without really knowing what they correspond to.1

What are the Sustainable Development Goals?

Contrary to popular belief, sustainable development is not just about the environment. These objectives aim to create a sustainable future for all, and respond to the current issues and challenges in favor of the “5Ps”: People, Prosperity, Planet, Peace, Partnerships.2 3

Accordingly, the elimination of hunger and poverty, the promotion of education, gender equality, responsible management of natural resources, inclusive economic growth and even the preservation of the environment are all areas in which progresses are expected. 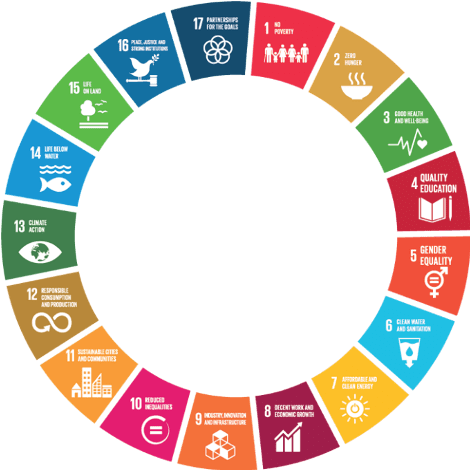 Focus on Objective №5 & its ambassadors: Women at the heart of Sustainable Development Goals

Take for example targets 1 and 3 of Objective 5, which aim to “end all forms of discrimination against women and girls worldwide” and “eliminate  all harmful practices, such as child marriage, early or forced marriage and female genital mutilation.

Each objective is broken down into several concrete “targets”, with a total of 169 targets which allow progress to be measured.

“In 2013, it was estimated that one in three women had suffered physical and/or sexual violence during their lifetime.4 This dramatic observation is only one example among many others, so we understand why the SDGs seem to focus on the “People” pillar with 10 out of 17 objectives aiming at improving the daily lives of human beings.

The SDGs are supported by the action of several personalities, including Pakistani activist Malala Yousafzai, promoted to Messenger of UN peace in 2017. This 22-year-old woman is known mainly for her fight against the Taliban, who torched schools for girls in her home country. This engagement nearly costed her life since she survived when she was 14 an attempted assassination, leading to indignation worldwide. Through her history and her iron will, Malala quickly became an icon in the struggle for women’s rights. 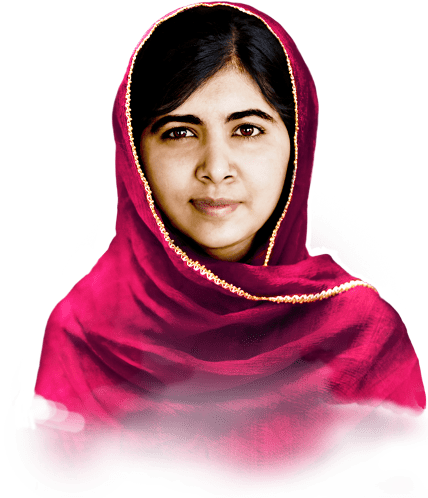 More recently, the Congolese doctor Denis Mukwege received the Nobel Peace Prize in 2018 for his work of “repairing” women victims of genital mutilation in the Democratic Republic of Congo. Unfortunately, the conflicts are often synonymous of sexual violence and various forms of suffering for women. Rape is often used as a weapon of war. Horrified by this reality, Denis Mukwege would have “repaired” more than 30’000 women during his career, and allowed many women to regain self-confidence by providing them with psychological support. He was also the victim of an assassination attempt, but continued his work and was invited several times to the United Nations to break the silence on the subject.

Beyond indignation, it is necessary to understand the origin of these situations to be able to act. First, women have little access to education in many countries. According to UNESCO, less than 40% of countries have reached gender parity in education, and 2/3 of illiterate adults in the world are women.5 Access to education makes it possible for women to earn higher income and therefore to live in better conditions, but also to reduce the probability that young girls will be married before the age of 18.6

It is important to underline that gender inequalities are not only present in Pakistan and the Democratic Republic of Congo, but also in Europe and in the western world since according to Eurostat, European women earn 16% less than their male colleagues in 2017.7 We also note that women are not very present on the Board of Directors of large global companies, with only 37% sitting in France against 16% in the United States. Finally, even if men and women are, from a legal point of view, supposed to earn the same salary if they occupy the same position, this is not necessarily the case in practice. 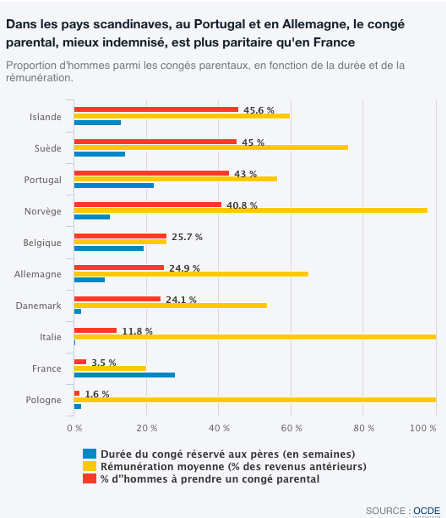 In addition, the number of women putting on hold their career when they become a mother is much greater than the number of men who do the same.8
(This is an observation and not a criticism, each woman is free to make this personal choice. Women who decide to devote themselves to their child (ren) are no less deserving than those who continue to work, and vice versa. It is also worth remembering that the value of a woman is in no way linked to her status as mother, wife, or worker.).

That said, it is interesting to note that this decision is possibly linked to practical and rational considerations, which very often lead women and not men to interrupt their careers. Indeed, men generally have little access to paternity leave, where maternity leave has become common with 16 weeks of leave for the mother, compared to 11 days for the father in France.9

Thus, it is more interesting for the couple that the holidays are taken by  the mother, who will be able to take care of her child while being compensated for 16 weeks, and that the father continues to exercise his professional activity. So, if men and women had access to maternity and paternity leave of the same duration, would fewer women interrupt their careers? It is very likely that it is. The younger generations also seem particularly favorable to greater parity in terms of leave.10 A reform in favor of longer paternity leave potentially allows women who wish to do so not to interrupt their career, and men to spend more time with their child (ren).

Paternity / maternity leave can be followed by parental leave, which extends in France up to three years after birth. The father or mother of the child can benefit from these leaves, but in fact, only 3.5% of French parental leave users were fathers in 2017.11 Progress is still to be noted, in particular in Sweden where the two parents divide up a total of 480 days of parental leave, including obligatorily 60 days for the mother and 60 days for the father (device called Försäkringskassan) .12 Despite an obvious progressive will in this country, it should be noted that the remaining 150 days of leave are mainly taken by Swedish mothers.13

In reality, the implementation of such devices can only be effective if it were conducted along with a change of habit and mentalities, no offense to some: staying at home should not be perceived as more self-demining or less rewarding than working. A man who takes care of his children is no less courageous than a man who goes to work every morning. Finding a healthy balance between work and family life would undoubtedly benefit both parents, the child, and society as a whole. Promoting gender equality is not just achieving Goal 5 of the Sustainable Development Goals. It is about building more inclusive and solid societies. It is about promoting the dignity of human beings. In short, gender equality can only be beneficial to all of the Sustainable Development Goals. Gender equality is key.

How to get involved at your level in the Sustainable Development Goals?

Through their amazing commitments, both Malala and Denis Mukwege help in progressing on involvement in favor of the Sustainable Development Goals. But sometimes, a few simple actions are enough. Citizens, businesses, Non-Governmental Organizations (NGOs) or local communities are encouraged to improve their behavior in order to take part in the overall effort.

As an example, the Indian company Watsan has launched the production of innovative products making it possible to purify water at low cost without using electricity, and thus develop access to drinking water in rural areas.14

Some public administrations are also mobilizing. For example, in 2020, Angers, Nantes and Metz were voted “Greenest cities in France”, and therefore awarded for their investment in favor of green, their preservation of biodiversity as well as their waste management. This ranking makes it possible to promote initiatives in favor of the environment, and illustrates the awareness of municipalities but also of citizens whose efforts are clearly rewarded.15

Citizens can also get involved. In times of COVID-19 crisis, many citizens have mobilized by helping for instance homeless people or by providing meals to medical staff. Many are also to act in normal times, for example by simple everyday actions such as sorting waste, using the soft transport and carpooling, or purchasing products from responsible and fair agriculture. All of these actions are part of a sustainable development approach promoted by the SDGs.

How Experts Without Borders contributes to Sustainable Development Goals

Finally, and from another angle, non-governmental organizations are also mobilizing. Experts Without Borders makes its contribution to Sustainable Development Goals. Here are several examples:

ii) The use of blockchain also allows Experts Without Borders to authenticate the diplomas of Experts; and this technology acclaimed by the Secretary General of the UN is also part of the Sustainable Development Goals since he declared that it tends to “drive progress towards the sustainable development goals” while increasing information transparency.16

iii) All Experts have the opportunity to express themselves on their expertise and be highlighted for their skills, in particular through articles that we publish to our thousands of “followers” around the world. We also try through these articles to highlight these noble goals of the SDGs and the amazing work carried out.

iv) Experts Without Borders’ membership fees are indexed on the Human Development Index (HDI) thus offering the possibility for Experts from all over the world to access the services offered with adapted fees according to the standard of living of their country.

v) Experts Without Borders also engages in solidarity, particularly in times of crisis. For instance, during the CO-VID-19 crisis, EWB organized a sports and charitable challenge to raise funds for the medical profession, research, patients and those who are most in need.

If you are interested in the Sustainable Development Goals, an application for telephones is available free of charge: the “ODD” application offers concrete actions launched by citizens, and everyone can join the ongoing actions or create a new one. A page dedicated to news concerning the Sustainable Development Goals is also available. A lot of information is available as well on the official website https://www.un.org/sustainabledevelopment/en/

Finally, the “Lazy Person Guide to Save the Planet” offering many concrete actions is available for free at https://www.un.org/sustainabledevelopment/fr/wpcon-tent/uploads/sites/4/2018/12 /LazyPersonGuide_flyer_FRENCH.pdf

Opportunities and success for 2021

Experts Without Borders stands for a higher level of expertise.

Looking for an Expert

We use cookies to ensure that we give you the best experience on our website. If you continue to use this site we will assume that you are happy with it.AcceptPrivacy Policy